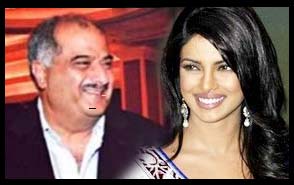 The film narrates the story of two people, 'born to hate, but destined to love', and follows how their 'turbulent journey unfolds in the often unrealistic and daunting political confines of rural India', a statement from YRF said Sunday.

The film is written and directed by Habib Faisal of 'Do Dooni Chaar' fame. He has also written films like 'Band Baaja Baaraat'.

Amit Trivedi will compose the music for the film, while Rekha and Chinni Prakash will choreograph it.

Director told Priyanka Chopra 'panties should be seen', visited her ...