While our TV actors look older on-screen when they portray a specific character in real life they are quite young and look absolutely stunning in their regular avatar. We take a look at few TV actresses who essay roles which are more than their real age and enjoy wearing western outfits when not shooting! 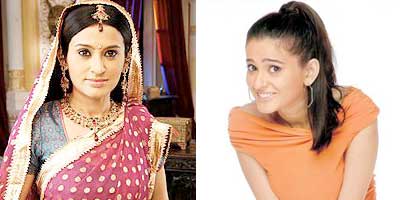 Featured Video
Smita Bansal seen as Sumutra in Balika Vadhu on Colors - Versatile Smita Bansal who plays the role of Sumitra has gained immense popularity for her simple character and has been applauded for her role in the show. However, in her real life she is happily married to Ankush Mohla and they are blessed with two kids who are just toddlers. In Balika Vadhu she is seen playing the character of Sumitra who is mother to Jagya (Shashank Vyas) and Sugna and mother-in-law too, earlier to Anandi (Toral Rasputra) and Ganga (Sargun Mehta). Sumitra's character is double her age and also has three grandchildren in the show since Jagya is married and shown to have two sons while Sugna is also shown to be married and has two kids as well. The beautiful actress is seen in elegant Rajasthani attire but is quite fashionable in real life. She looks pretty young and stunning whenever she dons various western outfits. 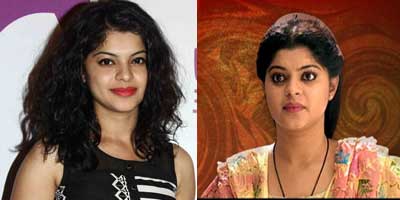 Sneha Wagh seen as Ratanjeet Kaur in Veera on Star Plus -Pretty Sneha Wagh who is seen in Star Plus' popular show Veera is portraying the character of Ratanjeet Kaur who is a mother to Ranvijay (Shivin Narang) who is grown up and married too. While in the show she is shown to be a widow but in real life however, Sneha is single. Ratan likes to concentrate on her work at present, but unlike the matured woman in Veera, Sneha is quite opposite in her real life as she is bubbly in nature. Despite having no kids in real life Sneha has done complete justice to her character as a mother and a mother-in-law. Her look in the show is of a very simple lady who is seen only in typical Salwaar kameez in real life Sneha is often seen wearing t-shirts, jeans and party outfits. 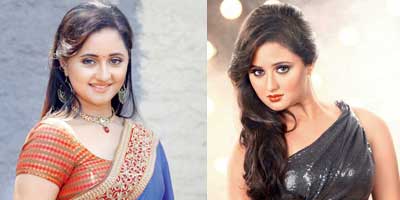 Rashmi Desai Sandhu who is seen as Tapasya Thakur in Uttaran on Colors - The cute and charming Rashmi Desai is very much applauded for her character of Tapaysa which has gone through different shades in the show. When the show took a leap, Rashmi was given a character ahead of her time. She is playing the character of Tapsya and has a daughter Mukta (Sreejita De) who is married to Vishnu. What many don't know is that Sreejita De is just one year younger to Rashmi in real life. In the show Rashmi is seen in beautiful designer sarees with lot of jewellery but in real life this glamorous diva loves to experiment with her outfits and looks glamorous to the core in whatever she wears. 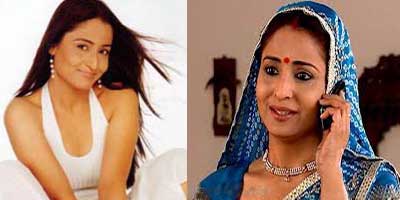 Lata Sabarwal Seth who is seen as Rajshree Maheshwari in Yeh Rishta Kya Kehlata Hai on Star Plus - The talented Lata Sabarwal Seth has gained immense popularity through her acting in shows as well as in films. She has been applauded for an outstanding role of Rajshree Maheswari in Yeh Rishta Kya Kehlata Hai. She met her hubby Sanjeev Seth on the show itself and the couple who played husband and wife on screen got married to become a real life couple. Lata gave a birth to a baby boy last year and she is happy being a mother to her baby but in the show she is playing the character of a mother of two grown up children and a grand mother of two children. In fact her grandchildren in the show are much elder than her own son in real life. She looks stunning in the show with the traditional sarees and heavy jewelry but she looks as pretty in western outfits which she wears in her real life. 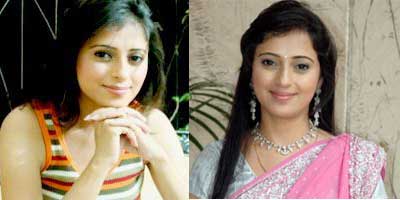 Reena Kapoor who is seen in Zee TV's Aur Pyaar Ho Gaya -The petite and gorgeous Reena Kapoor who essayed the role of Rani in Sahara One's Woh Rehne Wali Mehlon Ki is now seen playing a doting mother to Avni (Kanchi Singh) in Aur Pyaar Ho Gaya.  Reena who came back to working now plays a mother to three grown up kids in the show. In real life however, Reena Kapoor still looks young and with her soft spoken voice the actress can carry off a role whcih is much younger.

+ 2
8 years ago lataa sabarwal and reena kapoor both are soo beautiful..

+ 4
8 years ago The Mital behenie's tagged ;) Reena and Lata ma'am Played sisters on-screen and presently both Playing Mothers in same Production house loved them in WRWMK :)

+ 3
8 years ago reena kapoor is v.gus actress. i was thinking why shes doing such mature role??

8 years ago Sneha Wagh so young bt portraying Ratan in Veera so perfectly...

+ 4
8 years ago Reena Kapoor see not only ur fans. every1 want u as young lead in a good show. love u

8 years ago shashank rock as jagya all girl are amazing

8 years ago shashank vyas rocking as Jagya..need more screenspace for him..