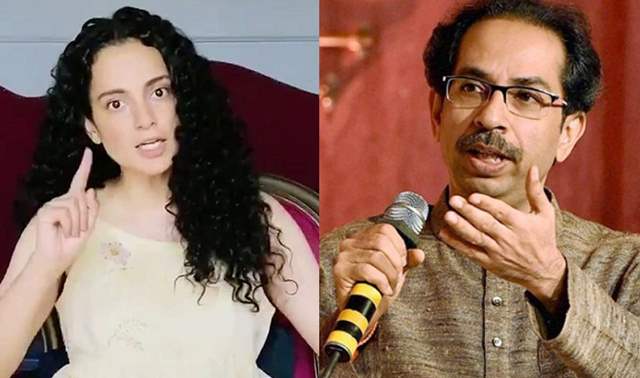 Kangana Ranaut and Uddhav Thackeray's fight is getting intense by the day. Recently, the Chief Minister of Maharashtra took a dig at the actress and called her hometown, Himachal, as the land of producing 'Ganja' (Cannabis, also known as marijuana drug).

At the annual Dussehra rally of the party on Sunday (October 25, 2020), Uddhav commented on Kangana Ranaut and her 'Pok' statements made in the Sushant Singh Rajput death case, without taking her name! He also alleged that the people are trying to malign the image of the city by calling it a hub of drugs but they don’t know where ganja actually grows in the country, referring to Kangana’s home state Himachal Pradesh.

Thackeray defended Mumbai Police and mentioned those ‘crying for justice’. He said, “Mumbai is PoK, there are drug addicts everywhere – they are painting such a picture. They don’t know in our house we grow tulsi, not ganja. Ganja fields are in your state, you know where, not in our Maharashtra.”

These comments by the CM agitated Kangana and giving him a fierce reply, the actress took to her social media account and posted a series of comments slamming him for insulting Himachal Pradesh, the Dev Bhumi.

Kangana's post read: "Chief Minister you are a very petty person, Himachal is called Dev Bhumi it has the maximum number of temples also no zero crime rate, yes it has a very fertile land it grows apples, kiwis, pomegranate, strawberries one can grow anything here ... cont..."

"You being a leader having such a vengeful, myopic and ill informed views about a state which has has been the abode of Lord Shiva and Maa Parvati along with many great saints like Markandya and Manu Rishi, Pandavas spent large part of their exile in Himachal Pardesh.. cont..."

"You should be ashamed of yourself chief minister, being a public servant you are indulging in petty fights, using your power to insult, damage and humiliate people who don’t agree with you, you don’t deserve the chair you have acquired by playing dirty politics. SHAME."

"I am overwhelmed at this open bullying by a working CM so there is a typo in first tweet, it should be no crime in Himachal, yes clarifying again we don’t have poor or very rich people or any crimes in Himachal, it’s a spiritual place with very innocent and kind people.."

She further wrote: "Look at the audacity of a working CM he is dividing the country who has made him Maharashtra ka thekedaar? He is just a public servant there was someone else before him soon he will be out someone else will come to serve the state, why is he behaving like he owns Maharashtra?"