Over the years, it has became a trend for actors to have a prefect body to flaunt in films. Moreover, dropping their shirts, in any song has become a recipe for a successful movie, or perhaps they're trying to outdo their competition. Actors have a strict daily routine, which consist of exercise, a healthy diet, and a lot more work out. Which gives them an amazing physique to showcase. In the month of November, we at BollyCurry bring to you Yo Mr. DJ: Shirtless Special. In this article, we have handpicked few of the hottest hunks in Bollywood who have flaunted their perfectly groomed bodies shirtless, leaving behind thousands of girls drooling. So, lean back and enjoy the view.
Salman Khan 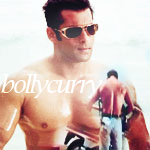 Being shirtless is no big deal for Salman Khan, in fact by doing it repetitively in all his movies, he has mastered the art of being "shirtless". However, he created waves when he went topless in the track "O O Jaane Jaana" from the film Pyaar Kiya To Darna Kiya. His muscular physique and solid six-pack-abs had the ladies drooling, however it wasn't just Salman who attracted this enormous crowd, it was Kamaal Khan's soulful voice. The romance in his voice, and the touching lyrics, made the overall impact even more thrilling, you can't stop but fall in love with it.
Saif Ali Khan 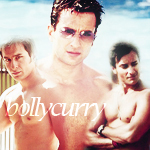 "Salaam Namaste... Salaam Namaste". The ultimate beach song, with a beautiful scenery, upbeat music and a few shirtless men. What makes the song even better, is the voices of Kunal Ganjawala and Vasundhara Das blending together, making the song a true party song. In addition, how can we forget, the cherry on the top, the nawaab Saif Ali Khan all shirtless, showing off his amazing six pack, and his broad and firm shoulders. If the song didn't already catch your attention, Saif Ali Khan surely will.
Ranveer Singh 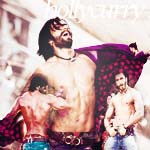 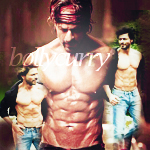 What's the one common thing that Farah Khan and Shah Rukh Khan share? Other than their surnames, making several films together of course. A shirtless Shah Rukh what else? Last time Shah Rukh went shirtless in a Farah Khan movie, it turned out to be a blockbuster. And this time around as well, he created waves once again with his shirtless avatar in "Manwa Laage" in Happy New Year. Shah Rukh flaunting his eight-packs while Shreya Ghosal and Arijit Singh sings one of the most romantic songs of the year. Moreover, the king of romance does it again, just shirtless this time around.
John Abraham and Akshay Kumar 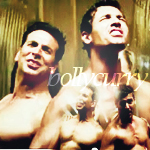 If these two aren't in our article then this is surely not the right article. Fitness freak John Abraham and action hero Akshay Kumar share quite a few shirtless scenes in "Desi Boyz" title track. Both actors played the role of male escorts in the film. And in the title track of the song, the duo go topless, flaunting their to-drool bodies, with wide shoulders, strong arms and tight stomach. The title song sung by the talented KK, had people already on the edge of their seats, but shirtless John and Akshay made everyone go crazy.
Sidharth Malhotra 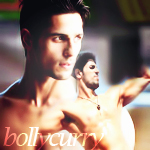 "Kukkad" from Karan Johar's Student of the Year is the ultimate party song, it has the beat, the music and a whole lot of dancing. What makes it even better is Sidharth Malhotra's entry in the song, when he acquaintances with the college grounds, and especially when he's standing in the football court, and water is dripping down the length of his body, making girls swoon all over. And the fusion of modern beats and desi tunes, along with the vocals of Shahid Mallya, Nisha Mascarenhas and Marianne D'cruz Aiman makes the song a full package.
Hrithik Roshan 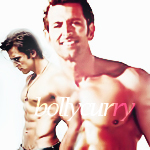 With Bang Bang the greek god Hrithik Roshan proved that he now masters the art of dancing. But there's more to him than his dancing skills, namely his attractive looks, that got him in the list of the sexiest guys in Bollywood. Which we got to witness in the title track of Bang Bang, where he displays his perfectly toned body, to the amazing vocals of the duo Benny Dayal and Neeti Mohan. With such an amazing soundtrack, and Hrithik's bare upper body, could we ask for a more perfect song?
Being shirtless in movies has become a trend now, and no movie is made without having a shirtless scene. And this puts a lot of responsibility on actors, that they need to keep themselves fit for each movie. But in the end its all worth it, as they have their fans swooning. We hope you have enjoyed our Yo Mr.DJ : Shirtless Special, and not just this edition but all our previous editions from this year as this is our last Yo Mr. DJ article of 2014. Until next year, Yo Mr. DJ will be wishes you all the best, until we return in 2015. Adios Readers.
Writer: Amanda H.
Editors: Fatima W. and Hershi J.
Graphics: Shikha A.

Have a suggestion or comment for BollyCurry? Drop us a PM at BC_Dropbox today.