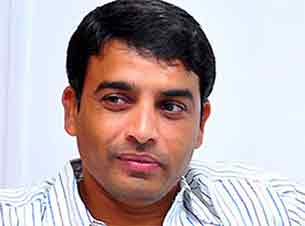 Producer Dil Raju, who is ecstatic with the response to his Telugu action-thriller "Yevadu", said Monday that the film has turned out to be the biggest hit of his banner despite having a delayed release.

Raju has so far produced 16 films, including hits like "Bommarillu", "Dil" and "Seethamma Vakitlo Sirimalle Chettu", under his banner Sri Venkateswara Creations.

He was speaking at the success meet of "Yevadu", which released Sunday worldwide. It reportedly raked in Rs.9.03 crore on the opening day in Andhra Pradesh.

"I didn't expect the film to do so well after being delayed for months. I think it's a rare blockbuster and I would like to thank the audience for believing in us," he added.