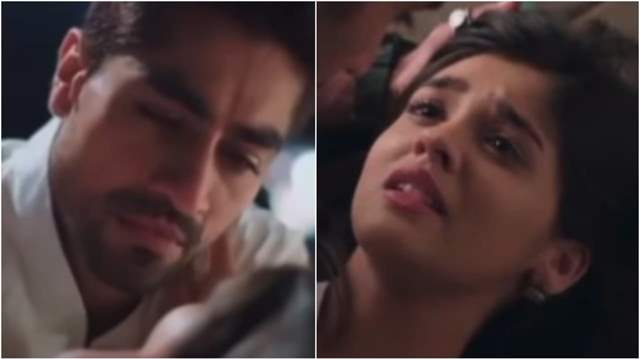 Star Plus show ‘Yeh Rishta Kya Kehlata Hai’ is getting quite interesting with each passing episode. Finally, after a long wait Abhi met Akshu. Akshu requested Abhi to give her 24 hours and that she will prove everything to him in this period. Initially, Abhi denied but later accepted the condition on Manjiri’s insistence.

In the upcoming episodes, Manjiri and Abhi inform the family about 24 hours requested by Akshara. Mahima breaks-down and asks Abhi if he promises her to take action against Akshu-Kairav if they fail to prove themselves innocent. After giving a though, Abhi agrees for the same. Akshara takes Kairav away and sends him to the Goenka house. She thinks that he will be save there. Kairav reunites with the family and tells them that he can’t reveal about Akshara as soon she will answer all the questions.

While returning to the hotel, few goons try to rob Akshu’s phone but Abhi lands there and fights the goons. Akshu uses the pepper spray and goon runaway. Abhi and Akshu share some silent moments. Akshu gets Kunal’s calls and she panics and decides to leave. She requests Abhi to not forget about 24 hours’ condition. Abhi thinks that only fourteen hours are left.

Akshara tricks Kunal and makes him believe that she was inside the hotel room and Kairav is also present there. Niel and Abhimanyu share a heartfelt conversation. Furthermore, Mahima announces that Kairav is at Goenka house. Manjiri’s health deteriorate as she gets heavy chest-pain.

+ 5
2 months ago AbhiRa ❤️Harshad Chopda and Pranali Rathod nailed each and every scene.