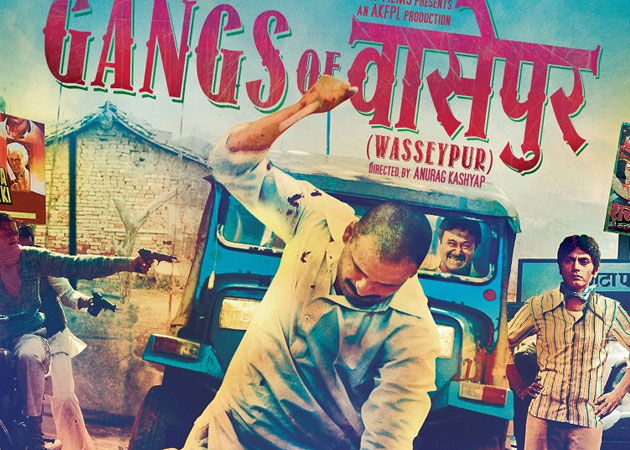 "Gangs Of Wasseypur" marks Zeishan Quadri's debut as a writer and as an actor. He says he is relying on the crime-thriller to fetch him acting assignments.

"Acting karni hai...(I want to act). I would love to play various characters. Writing is my hobby and acting is my passion," Zeishan told IANS.

"I depend on the film for acting assignments and not for writing work because as a writer, I can offer something only if I have ideas in mind," he added.

Directed by Anurag Kashyap, "Gangs Of Wasseypur" is releasing Friday and Zeishan feels that "when the first part will come out, the directors will see my acting."

Talking about how he joined the cast, Zeishan said: "Anurag sir liked the story and said, 'I'm making this film, what do you want to do?' I told him that there is a character in the story that I want to do. He said you will have to do workshop and all that, and I agreed."

"In the film, there are some characters who are heavily inspired by actors and my character is a Salman Khan fan," he added.

Thanking Kashyap for helping him in learning the nuances of acting and other technical aspects of it, he added: "Anurag sir is my acting guru as he gave me acting tips and later praised my performance."

Despite being an outsider with no film connection, Zeishan candidly admits that he didn't have to struggle much as he got his first big break within three months.

"I didn't have to struggle to enter the industry. Three months is not a struggle. But I struggled a lot otherwise," said Zeishan, who tried various things before making his journey to Mumbai in 2009.

He is bringing the real story of gang war on big screen with "Gangs Of Wasseypur" and says he is equipped with proofs to prove his point.

"I have proofs, I have paper cuttings with all the dates and incidents mentioned in them. So people can't say what I'm saying in the movie, didn't happen. I can prove my point," Zeishan told IANS.

He spent his formative years in Wasseypur, Jharkhand, known for the bloody rivalry between gangster Faheem Khan and businessman Sabir Alam over scrap business.

"I have not taken anyone's name. So I have taken care of everything. No characters in particular are based on Faheem or Sabir. The film is inspired by real incidents, not characters," said the writer-actor, whose parents are still based out in Dhanbad and clarified that his life is not under threat, as has been reported in the media.

"I want to inform and entertain people. But it depends upon the viewers what they take from the movie," he added.

As far as showing the film to people in his hometown is concerned, he said: "If I won't show it to people in Wasseypur, they may get upset."

Asked how did he get into writing, the 29-year-old said that when he moved to Mumbai and "watched world cinema" there, he realised he can "also write such stories".

"Currently, I am writing a thriller, a love story based in a small town in Rajasthan," he said.