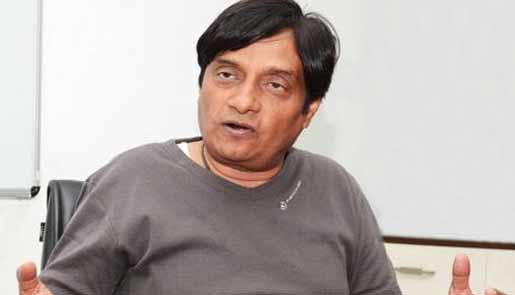 Actor Brijendra Kala, who will be seen sharing the screen with Johnny Lever in the film "Hotel Beautifool", says working with the star comedian was an experience in itself.

Brijendra told IANS: "Working with Johnny bhai was an experience in itself. He is a legend, is grounded, disciplined and he has impeccable comic timing. We both worked on our comic timings...He's a humble person, and every actor loves working with him," he added.

Brijendra began his acting career with "Haasil", starring Jimmy Shergill and Hrishita Bhatt. He later shot to fame by playing a small time journalist in "Paan Singh Tomar" and will now be seen in a significant role in "Hotel Beautifool".

The film is an adaptation of a popular Hindi play "Baat Baat Mein Bigdey Haalaat", written and directed by Sameer Iqbal Patel.

Talking about the film, Brijendra said: "The film is about a hotel, owned by two men, played by me and Johnny bhai. We both are simpletons or you can say fools in the movie.

Our hotel was once famous, but due to circumstances, it's in a dismal state and our struggle is to take it back to its glorious days."