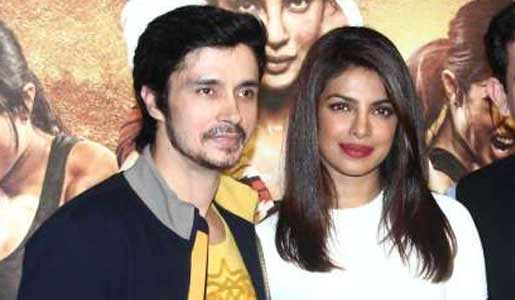 Darshan Kumar is a debutante and he is sharing the screen space with none other than Priyanka Chopra as her on-screen husband in his debut movie "Mary Kom". But he is confident to get noticed due to the importance of his character in the biopic.

Directed by Omung Kumar, the film on the Olympic bronze medallist boxer M.C. Mary Kom sees Priyanka in the title role. It is scheduled for a Sep 5 release.

Talking about his visibility in the movie, Darshan Kumar said: "I don't think I will be overshadowed by Priyanka Chopra."

"Whatever Mary Kom has achieved in her life, her husband has a huge contribution in that. Her husband's journey is equally important. I am more than happy to share the screen space with the National Award winning actress Priyanka Chopra," he added.

Darshan, a Delhiite, didn't have any film background, but his passion for acting spurred him on to take the plunge.

He said: "I don't have any filmy connection or any filmy backup. My parents are eagerly waiting to see me on the screen. I have done theatre and learned acting under Naseeruddin Shah's guidance."