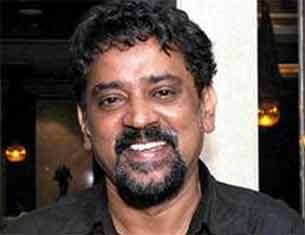 is delighted by the government's decision to honour him with a Padma Shri, since the recommendation for the honour came from within the film industry.

"I understand that it was Graftii, former students of the Pune Film Institute Of India, who recommended my name for the honour. It feels good to be recommended by people who know my work... These are people whom I've worked with and who understand what I do on screen," said Sivan.

The Padma Shri gives him more power to do what he believes in.

"I am now empowered to expand my voice in cinema and outside. When I was nominated as a member of the American Society Of cinematographers, I was empowered. It allowed me to do the cinematography in Hollywood films and vote for the Oscars. It is up to me whether I want to exercise my options," he said.

Sivan is one of India's most accomplished cinematographers and filmmakers which phase he enjoys most.

"The line dividing the two jobs gets blurred. But cinematography is more organic and personal. In direction you have a lot more organizational work to handle. You can't forget the film after pack-up. Direction is far more challenging," he said.

In the meanwhile Santosh has started working on his new Malayalam film titled "I Am Not Sita" and is also gearing up for the release of his political thriller "Ceylon" in Tamil and then Hindi.

"'I am not Sita' is a modern contemporary film with new actors, all are talented theatre actors," he said.

"I've also shot a separate 90-minute english version of 'Ceylon'. I don't want it to to look like an art house film. There're elements of art in it. But I've made sure the Tamil-Hindi version is two hours long. Otherwise it wouldn't get a proper release in the Tamil Nadu theatres," he added.

As a cinematographer Santosh is currently a shooting a big-budgeted Tamil film Anjan in Mumbai directed by Lingswamy featuring Suriya, Manoj Bajpai and Vidyut Jamwal.