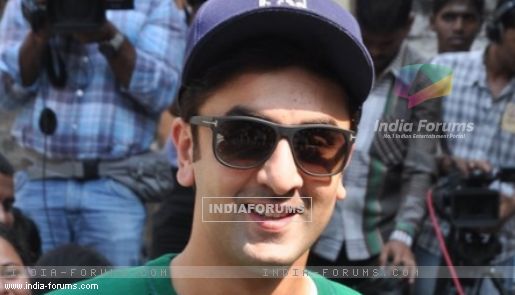 Bollywood hearthrob Ranbir Kapoor is awaiting the onset on the 2015 ICC Cricket World Cup season, starting next month. He says come what may, he'll try and make time to watch the matches in between his shoots.

Ranbir is the brand ambassador of Lay's, the latest campaign of which will help fans come up with a wide variety of excuses to get out of sticky situations such as college lectures and office meetings to catch the matches with friends and family.

The actor has his own plans too!

"With the 2015 ICC Cricket World Cup coming soon, we all are going to be stuck at work and other predicaments in life. We have this urgency to catch the nation's favorite sport which is cricket."

The Cricket World Cup always brings along a passion and fervor around the globe, with millions of fans glued to their screens following their favorite teams.

This year, the cricketing extravaganza is being jointly hosted by Australia and New Zealand. So, the matches will be aired live in India either in the early hours of the morning or during rush hour, making it difficult for fans in India to catch the action.

But like Ranbir, one's sure that cricket aficianados will make time for them, come what may.