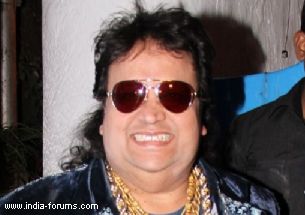 Asserting that he was not like other celebrity politicians who "disappear after the polls", famed music composer Bappi Lahiri, contesting the Lok Sabha polls on a BJP ticket, said he aspires to turn his constituency in West Bengal into a tourism hub.

The "Disco King" also plans to set up a music academy in Sreerampur in Hooghly district from where he is contesting.

"People often complain that celebrities after joining politics are not seen once the polls are over. But I am not like them. I would work for development. I want to bring forth the historical significance of Sreerampur and turn it into a tourism hub," Lahiri said addressing the media here.

Situated on the bank of Hooghly, Sreerampur is a pre-colonial town with a rich history. Part of the Danish settlement, the town was known as "Frederiksnagore" from 1755 to 1845.

Credited with synthesizing disco music in Bollywood, Lahiri said his music will form the base of his poll campaign.

"Music is my soul and naturally my campaign too will be musical," said the singer/composer who is working on developing a few songs to promote both his party and himself for the polls.

Lahiri, who ruled the charts in the 1980s and 1990s giving tunes mega hit films like "Disco Dancer", "Namak Halal", "Dance Dance", "Commando", and "Sharaabi" among others, said he has plans to open a music academy in Sreerampur to nurture and train local budding talents.

He said his immense respect for Jan Sangh founder Syama Prasad Mukherjee and the Bharatiya Janata Party's adherence to Swami Vivekananda's principles, inspired him to join the party.

"Under the leadership of (prime ministerial candidate) Narendra Modi, BJP is coming to power at the centre and I sincerely hope that the people of Bengal will vote for us so that we can work for their development and welfare," he said.

"Only god can defeat or destroy. No human being, or party can defeat me," he asserted.

Meanwhile, state BJP president Rahul Sinha said the party has lodged a complaint with the Election Commission (EC) after Lahiri's posters and banners were removed from some places allegedly by Trinamool Congress workers.

"Trinamool is apprehending defeat so it is adopting all kinds of unfair means. While the party is known for its terror tactics it now has stooped so low that its workers are pulling down our posters and banners. We have lodged a complaint to EC," he said.