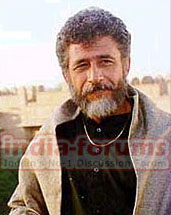 Mumbai, Oct 17 (IANS) Naseeruddin Shah and Shabana Azmi are an exceptional on-screen pair, but their personal rapport was always underlined by a sense of wry rivalry. And they haven't worked together for a long time.

Their collaboration stretches into a glorious gallery of 14 films beginning with Shyam Benegal's 'Nishant' in 1976 and stretching into a gallery of great films including Gouatam Ghose's 'Paar', Shekhar Kapoor's 'Masoom' and Kalpana Lajmi's 'Ek Pal'.

The last film in which they were seen together as a pair was Vijaya Mehta's 'Pestonjee' in 1987.

'Nothing! Absolutely nothing,' said Naseer. 'I know Shabana has been expressing her desire to work with me once again. She feels it's about time. But I've to be sure about what we do together,' said Naseer, who is sharing screen space with her in Rohit Roy's directorial debut 'Rice Plate', which is just a 10-minute film.

But they haven't signed a full-fledged film yet.

'The right part hasn't come along. Some projects fell through and others never materialised. She accuses me of not wanting to work with her. Why should I do that? Why should I do a film just because she's in it? But it'll happen again. I somehow have the feeling that all these years when we haven't worked together has done our pair a whole lot of good,' said Naseer.

Rituparno Ghosh has cast Shabana and Naseer in his forthcoming 'London Dreams'.

'But I don't think we've any scenes together at all,' said Naseer.

While Shabana will play Soha's grandmother, Naseer will be her benefactor. So when do audiences get to see the Naseer-Shabana magic in full bloom? 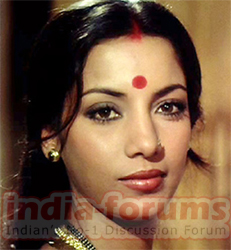 They've an unreleased film together, Gulzar's 'Libaas', which could even today rekindle the pair's chemistry. Set in the bohemian world of Mumbai's Hindi theatre, the film features Shabana, Naseer and Raj Babbar in an unusual love triangle.

Gulzar said: 'I don't know what happened to 'Libaas'. You'll have to ask producer Vikas Mohan why he never released it. It's a very precious film because it's the only feature film that I did with Naseer apart from 'Ijaazat', which is another of my personal favourites. We've done a very special project together on television, and that was 'Mirza Ghalib'.

'With Shabana, I had earlier done 'Namkeen'. But directing them together was a great pleasure. They're both at their best in the film because individually they're among the best talent Hindi cinema has produced.'

'It could be revived on television if not in theatres,' suggested Gulzar.