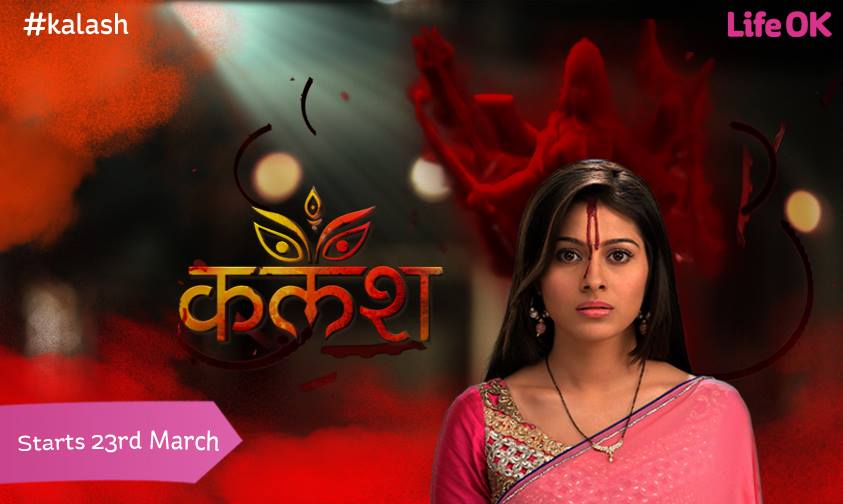 Life OK's show Kalash - Ek Vishwaas will soon come up with an interesting sequence which will lead to the most awaited track on the show.
Currently, the show is revolving around Devki and Saket's marriage where Sakshi (Shritama Mukherjee) is trying to make Devki realize that Ravi is a better guy for her. But Devki is in no mood to change her decision. However, soon a twist will result in Deviki's change of heart.
As per our source, "Devki (Aparna Dixit) will be in dilemma as she will realise her love for Ravi and will also get to know that Ravi (Krip Suri) doesn't love Nivedita but her. But unfortunately She is not able to stop her marriage with Saket (Mahesh Shetty). Seeing no way out, Devika will end up praying to Ambe Maa for some miracle to stop her wedding."
Will Ambe Ma listen to Devki's prayer?
Yes of course, as Devki is Ambe Maa's loyal devotee. Thus Ravi as an angel will come to the marriage along with Ananya, as she is the biggest evidence against Saket. After hearing Saket's truth, Devki will call off her wedding with him. Later, she will decided to express her feelings to Ravi.
Will this incident bloom love between Devki and Ravi?
What do you think, tell us through your comments.
Neha Jain

5 years ago omg. such a foolish drama. first she slap ravi before marriage and after immidetly she realize her love for ravi. wht is that.

+ 4
5 years ago It's devika not devki. Please get the facts right before posting these articles

5 years ago The character's name is Devika right..?. I don't watch the serial so I'm not too sure... But I think it's Devika