Now, in Imagine TV's Jyoti, Thisodia family has passed a word of acceptance for the marriage of Kabir (Aamir Dalvi) and Jyoti (Sneha Wagh), but on the other hand Raghavendra Pratap Singh (Ritu Raj Singh), Kabir's father, has some other plans for his son. 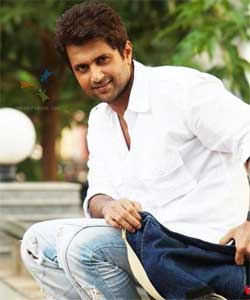 A little birdie informs us that, "As the Thisodia family has already decided that they will not allow Kabir to marry a low caste girl like Jyoti. So in tonight's episode the family takes the drastic decision of sacrificing their son to uphold their family prestige. So, audience will be shocked to see father and brother mixing poison in Kabir's milk... eventually taking Kabir to the jaws of death."

However, the creative will be maintaining suspense as to what exactly happens to Kabir after he was poisoned.

Our source also adds that, "In the mean time Kabir's Chachi would go to Jyoti's place to handover the Chunari as a token of acceptance from the Thisodia family and with harsh sarcasm hurts Jyoti's emotions."

This high drama situation would telecast in tonight's episode.

An all-rounder on set: Sneha Wagh cooked for the crew and also handled ...

chullbulli 10 years ago jyoti no doubt is a very good and strong character...much better than ichcha and rondu queens of telly

Pirated_Fun 10 years ago Whoever are saying wrong things about Jyoti's character should have watched today's episode , She disagreed to marry Kabir . The character of Jyoti are far better than those useless TV Shows running on TV right now

adoremevirgo 10 years ago they take the story to any level for the sake of TRP....disgusting

prettywomen22 10 years ago I mean, how much can poor audience tolerate this torments!!!. I had high respect for the way this serial was going but again, they are all same, it is sulking now. After so much of fight, all through her life, a character like Jyoti should simply ignore being extra nice to outside world and develop some meanness to lift and help herself high. ewwwfffffff

masin 10 years ago after all this time...why does jyoti still live in poverty! shouldn't her talent and skills and determination have taken her financial standards to a greater level?!!??!

AnjanaYYZ 10 years ago And I thought Panky family was wack (choti ma & her tail that is). Guess they had to top tat nonsense wit Kabir's Khandan =))

chahat4u 10 years ago Its all stupid, n even If its at all about caste, then aren't sharmas "brahmins", i mn higher in caste hierarchy!! This show has no storylien left, and it should end now.

honeyrose 10 years ago Jyoti serial was going ok with kabir entry...rumours were that this show was going to end....now r they dragging the serial which has fallen down with the entry of kabir family. Nowadays its simply boring to watch the current episode of kabir famiy. Arrey do something and end this show before it goes further down the drain.

*mittu* 10 years ago So what's new. Jyoti is going to be insulted again.