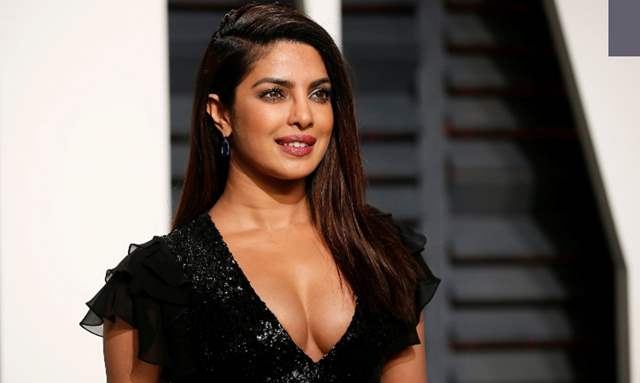 In a career span of almost two decades, actress Priyanka Chopra has come a long way since her debut with The Hero: Love Story of a Spy (2003). The Sky is Pink actress has stormed her way to the top with her impeccable performances and her inspiring journey proves she's a true role model. The 38-year-old actress sizzled in a new photoshoot for a magazine by slipping into bold outfits and sporting a cropped hairstyle.

During an interview with the same magazine, Priyanka opened up about her Hollywood career and revealed how she doesn't want to be "meek but bold" as an actor.

I want to create opportunities as a producer for South Asian people in Hollywood, just like I never had.

She continued, "I came in and I said, 'I don’t mind putting my head down, working, auditioning, learning how to speak in an American accent.' I wanted to play parts. I don’t want to be defined by where I come from. I want to play leads."

Priyanka spoke about her teenage years and revealed she was meeker back then. Today, the actress possesses a massive fan-following across the globe and she is no more limited to the Indian borders. PeeCee explained that as time went by she started feeling the support of the world, and it took a long time for her to be able to say,

She also clarified she won't play the stereotypical Indian in international projects.

I don’t want to do the extra Indian accent. If my character was born and brought up in the UK or in the US, why would she speak like that? Why would you wear a bindi? It’s a silly, stereotypical thing. I defied a lot of that, and now I’m reaching a point in Hollywood where my culture is my asset instead of my definition.

Clearly, it wasn’t easy for the actress to arrive at a high position where she stands and currently she is basking in the success of her film, The White Tiger.