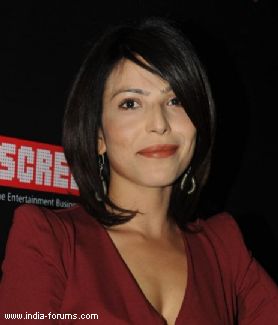 After essaying a seductress in "B.A. Pass", Shilpa Shukla was inundated with roles in "horror and sex films", leaving her "frustrated". However, she says the scenario changed soon.

"B.A. Pass", which saw the "Chak De India" actress in her boldest avatar yet, dealt with the subject of male prostitution.

While Shilpa says that all sorts of films come to an actor and "you've got to filter it out", but she admits roles of a certain type came her way after she did "B.A. Pass".

"Initially yes, they did start coming in - offers for horror films and sex films, where one is not sure that they can get into a B-grade or C-grade category...so, four months after 'B.A. Pass' released, I was frustrated that why are only these kind of films coming to me," Shilpa told IANS here.

"By January 2014, everything changed," said the actress, who was here for the recently concluded Ladakh International Film Festival.

She is now doing a Sujoy Ghosh film and she has just finished shooting a film produced by Prakash Jha.

"The one with Prakash Jha is a mad comedy, and it should come out by end of next year. It's going to be a lovely film," she said.

She has also signed up for a film with veteran actress Deepti Naval, and she will start shooting for it in August.