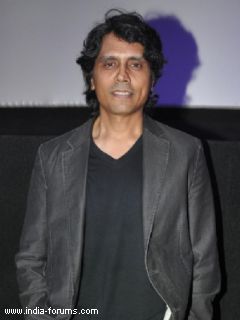 Nagesh Kukunoor has pushed ahead the release of his next movie "Lakshmi" as he had been awaiting a feedback on it from the Central Board of Film Certification (CBFC).

"(I) pushed the release of 'Lakshmi' by a few weeks to get censor feedback. We're back on track. (I) Will make the announcement in a few days," Kukunoor posted on microblogging site Twitter on Saturday.

"Lakshmi" narrates the story of a 13-year-old girl who is kidnapped and sold into prostitution.

The film, which features Monali Thakur, Satish Kaushik, Ram Kapoor and Shefali Shah, was initially expected to release on Friday.

It recently won the Audience Award for best narrative feature, based on viewers' votes at the Palm Springs International Film Festival.

exclusive
Exclusive Karan Arora recalls his scenes with Erica in Kasautii ...
45 minutes ago