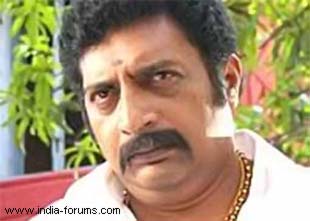 New Delhi, Oct 26 Actor-producer Arbaaz Khan, who has roped in southern star Prakash Raj to play the main villain in 'Dabangg 2', says the script didn't allow him to cast Sonu Sood in the role once again.

'Sonu Sood will be missed in 'Dabangg 2'. Unfortunately, we both mutually decided that having his character retained would not help the script,' Arbaaz posted on his Twitter page.

'Dabangg' featured Salman Khan as a police officer, and Sonu played Chhedi Singh in the film. The sequel to the 2010 blockbuster will see Prakash Raj teaming up with Salman for the second time after 'Wanted'.

'Sonu Sood is a great guy and a fine actor. Hope to resume professional ties in the future. I know his best wishes are with my film...,' wrote Arbaaz, who is directing the sequel.