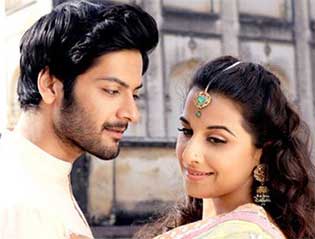 Actor Ali Fazal is being praised by critics and viewers for his performance in "Bobby Jasoos", but he's a tad disappointed as his parents haven't been able to watch the recently released movie due to Ramadan.

Ali is "super ecstatic" with the "amazing response" he has received for the Vidya Balan-starrer, and says his phone hasn't stopped buzzing since the movie released July 4.

"I am only a tad bit disappointed for my parents and close friends in Lucknow who were excited to see the movie. Since Ramadan is going on, they haven't got an opportunity to watch the film. I wish they could have seen the film as the movie celebrates Ramadan and the jashn (festival) of life," Ali said in a statement.

In all his previous films - "3 Idiots", "Always Kabhi Kabhi" and "Fukrey", Ali had a limited scope of exposure. But "Bobby Jasoos", in which he shares screen space with National Award winning actress Vidya, has helped him get better recognition.