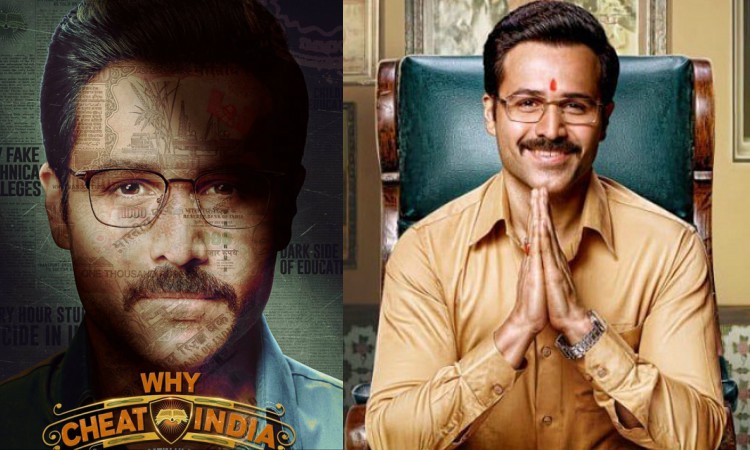 Filmmaking in Bollywood seems to balance on a highly uneven keel at this point. The audience has scant regard for a star's past reputation and the fate of a film is determined solely by its content. But high content is pointless if produced at abnormal budgets and this is where the forthcoming Why Cheat India scores a six.
The film is busy minting money even before its worldwide release and is perhaps the only one this month to have its math nailed on. Made at a nominal landed cost of 20crores (including prints and advertising), Why Cheat India is already in profit thanks to the pre-sale of all its non-theatrical rights. Therefore, the domestic box office collections from January 18th will only add to the existing profits.
From a creative standpoint, the film is keenly awaited by parents and youngsters alike for its novel and bold theme of education crimes.
Said the producers, "Why Cheat India is a solid mix of strong content and sound economics. Moreover, it is releasing on a solo weekend. The film has topical relevance and every child and parent will be able to relate to it. We are confident that it will grow through strong word-of-mouth."
Why Cheat India has been produced by Bhushan Kumar's T-Series, Tanuj Garg, and Atul Kasbekar's Ellipsis Entertainment and Parveen Hashmi's Emraan Hashmi Films.
Featured Video