As the D-day for the Grand Finale of Amul Star Voice of India gets nearer, the two finalists – Harshit and Ishmeet, are making sure to give out their best, so as to win the “Voice of India” title. Setting the stage on fire on the Grand Gala Evening of the Finale will be the dance sequences choreographed by Ganesh Hegde. The costumes of the finalists will be designed by Narendra Kumar. 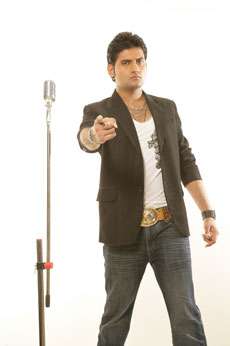 Featured Video
The finalists Harshit and Ishmeet are leaving no stone unturned to fine-tune their mind and heart for the Big Event that they have been working hard for. “We both are trying to make sure we give out our best on that day”, says Ishmeet. But Harshit on the other hand, has something else in his mind. “Lataji would be there to hear us. It would be a chance of a lifetime for me.” Both the contestants also met the Melody Queen on Monday 19th Nov. How do they feel meeting “The” Lata Mangeshkar. “Now how would you feel sitting before Maa Saraswati?”, says Ishmeet indicating that he was at a loss of words. Harshit says, “My favourite singers have always been Lataji and Kishore. I cannot meet Kishore Kumar anymore but meeting Lataji was like a dream come true for me. She encouraged us a lot but also warned us that now the actual struggle starts after this show is over.”

The show from the early stages itself saw lot of debate on its format regarding voting. What do these two finalists have to say about it? “I am completely in favour of public voting because finally they are going to make us, after this show gets over. And to get connected to them at the root, it will definitely help in the long run. Is there a guarantee that the selection by judges can be always fair? They too may be having their favourites and that can affect the results”, quips Ishmeet. 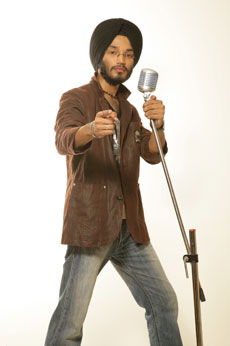 But Harshit had a different viewpoint and stated, “My personal views if taken, I would rather say it should be 50-50. That way the public connection is there and judge’s ratings make sure that we get a better result.” Yes, judges may have favourites and can show it too and who else but Ishmeet would be a better person to tell. But Ishmeet shrugs it off. “See all that happens. I never took it to heart. Instead, I made sure to prepare well and give out a better performance. In a way the criticisms helped me to do better with every round.”

Though the whole nation is waiting to know the results, the two lads have a different view on it. Ishmeet says, “Just reaching the finals in an all India contest is a feat in itself”. Harshit on the other hand has stopped thinking about the results itself. “To me, it is Lataji and performing before her is what is most important now. I am least bothered with the results. Then Madhuri Dixit would be there and we have planned a special show for her too. I am more concentrating on these rather than the results”, says a calm and composed Harshit. Gurpurab is on the same day as the finale which is a big thing for Ishmeet. More because, he had wished to be in this Finale before, and wanted to give his best and last performance on the stage of Voice on India on the day of Gurpurab, and now his wish has finally come true.

After the Jalandhar and Varanasi shows, where both gave tremendous performances, it would now be really difficult to choose the best among the two. We can just wish Ishmeet and Harshit All the Very Best for the Finale, and hope that May the best one win! Catch all news about the VOI Finale right here, on Telly Buzz.

14 years ago both sucks
in my opinion Harshit is Better than ishmet Ishmeet sucks
she should of goten eliminated before :::::::::((

14 years ago none of them are good enough to be winners. I wanted toshi or abhaas to win.

+ 5
14 years ago There's a typo in the article :) The shows took place in LUDHIANA not JALANDHAR :P

I am just happy Ishmeet made it to the finals:P I am not too concerned with who wins now as they're both equally good:D May the best voice win =)

14 years ago None of them are good enough to be the winner... it shouldve been Irfan or Toshi.. I stopped watching it after they got eliminated... looks like its gonna be abother Indian Idol finish!

+ 3
14 years ago To me more than who the winner is,now what matters more is that we get to see some real performances and less talks. The Varanasi and Ludhiana show was 90% talks and 10 % performance.Here I want to see the reverse of that.The participants must be really excited to perfrom in front of Saraswati Ma and Madhuri Dixit- a singer's and a person's dream come true..I am sure that itself is a big reward for both of them.

Now that they are in the Finals. They both are equal winners.

+ 5
14 years ago I hope Harshit wins the title. I was wanting the finals to be btw Harshit and Irfan.