The hot and sizzling actress of Hindi Cinema, Lara Dutta had a gala time on the sets of 10 Ka Dum. Besides our janta, even the actress is keen to know of when the macho man of film industry will tie the knot. 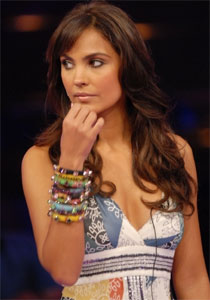 Featured Video
“If I would have been given a chance to question Salman, then I would like to ask him when he is planning to get married”, says Lara.

How was your experience on 10 Ka Dum? “I had a gala time with Salman and Rani. I must say that Rani is very intelligent. Because of her, we won't look like fools on screen”, she chirps. “About Salman, he is not only my favorite co-star but also a good host and a human being”, she adds further.

On the reasons for making it to the show, Lara states, “Firstly, I like the format of the show as over here you don't need to give aptitude test. Secondly it's Sohail and Salman. Sohail called me up to know if I can be part of the finale of 10 Ka Dum and I readily agreed as both brothers are my good buddies and I like working with them”, she quips.

“The important reason is that what ever money I win in this show will go to an UN populated fund where there are lakhs of girls who are deprived of a family and are looked after by this NGO group. I would like to support them”, she verbalizes.

On the rising popularity of television, the actress states, “Television is the most powerful medium as it connects with audiences. Well for me its still time as now I want to focus on films. If given a chance I don't mind hosting such light hearted shows on TV”.

With this, Salman Khan bids adieu, but promises to rock the second season the same way as the first!! 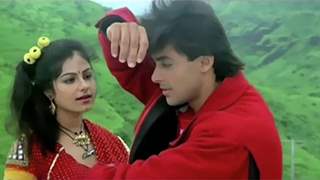 + 3
14 years ago wouldn't we all like to know when he's getting married lol...oh well, i'm sure we'll find out sooner or later :p

14 years ago ooo lara is looking nice
kewl her and rani on the finale
and shakeel and rakhi!! omg i have to atch this

14 years ago i loveeee lara's arm-bands/bracelets/bangles..watever u may call it..lol.

+ 8
14 years ago Lara is looking pretty in the above picture!!