View Profile
We all know by now that Shahid Kapoor–Vidya Balan's new release has been titled 'Kismat Konnection'. In all probability 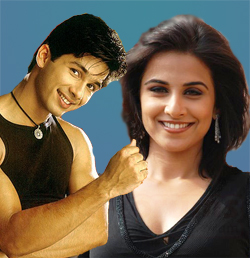 Featured Video
, it seems that the makers must have spelt the word 'Konnection' with a 'K' purely for 'numerological reasons'.

Astro numerologist Bhavikk Sangghvi claims that if it has been done for the very reason, then it is done with half knowledge.

"The original title of 'Kismat Connection' would have added up to Number 6 of Venus – the planet of love, peace, harmony etc. Then why tamper it with a 'K' ?" he questions.

On the other hand, if it has been done just to catch an instant attention, then it just does not work, numerologically speaking.

Bhavikk adds "The current title adds up to Number 5 (Mercury) which is fine but again releasing the film on July 18, a day ruled primarily by Mars (Number 9) is not a good combination."

"If this film fails or underperforms even after so much hype and publicity, then one should learn that 'numerology is not a joke' and the job should be better left to the professionals," concludes Bhavikk.