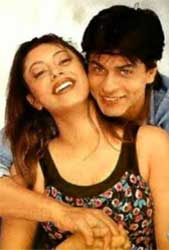 Featured Video
es, but very few know that her superstar husband Shah Rukh Khan barred her from wearing skirts and T-shirts while they were dating because he was insecure about her.

'I wouldn't like it if Gauri left her hair loose. She's so beautiful that I used to stop her from wearing mini skirts or T-shirts. But I promised her the minute we get married, I'd never behave in such a rotten manner,' Shah Rukh told his friend Farah Khan on STAR Plus' chat show 'Tere Mere Beach Mein'.


The 43-year-old stressed that he was insecure about Gauri till he got married in 1991 because 'I didn't know if she belonged to me like I belonged to her'.


And now Gauri is not only seen as one of the most stylish women in Bollywood, Shah Rukh says their son Aryan considers her the most beautiful lady, even above Hollywood star Angelina Jolie.


'Today, if she returns from a party wearing a long skirt even Aryan asks her not to wear it as he doesn't like her in long covered clothes,' added Shah Rukh.


The special episode will be aired on STAR Plus Saturday at 9 p.m. 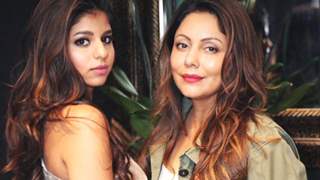