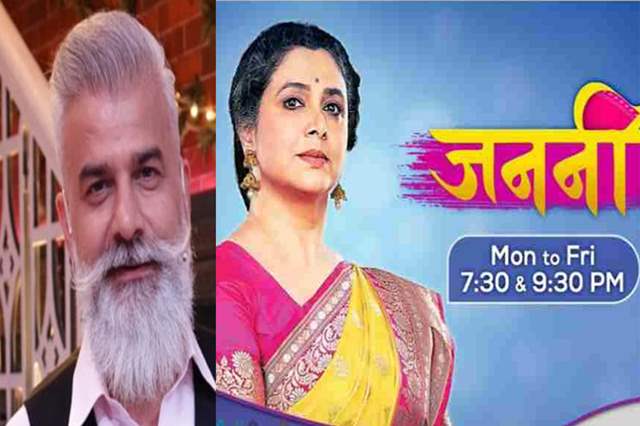 In today's day and age, we have witnessed an array of GECs (general entertainment channels) come and go too quickly and only a select few have managed to stand the test of time. The likes of a channel like Star Plus continues to not only be a leader today but has been so for umpteen years.

However, willing to make a mark in this world of entertainment channels is Ishara. A channel which is barely over a month old but launched with aplomb earlier and also presenting some interesting shows with it.

From dramas to romantic sagas and other genres, Ishara has indeed brought an array of shows and one of them is Janani. In an exclusive interview with us, producer JD Majethia opened up on the same. When asked what makes this show different from others, he said, "Janani is a relatable story of a mother, who after her husband’s death and neglect from children, single-handedly rises again. A woman might sacrifice a lot in her life to build a family and fulfill the responsibilities which come with it, but when she is left alone by her family, she can rise like a phoenix. What stands out is that though there is drama, it is very real and very relatable."

Further when asked if he feels it is a big risk to be presenting a new show on a debuting channel where the viewership race today is so cutthroat. To this, he said, "Looking at today’s cutthroat competition, every new show is a risk, even on a popular GEC. For a new channel, like Ishara, there is a hunger to excel, which has helped in making our show better in every aspect; be it casting, sets, costumes, or music. So, when there is a new channel, everyone works as a team to make a good product. And we believe that if the content is good, no matter which platform or channel, it will do well."

Janani stars and reunites the iconic pair of Supriya Pilgaonkar and Mahesh Thakur in lead roles.