View Profile
Well, we had always thought about actors whose maiden job in their career is acting. But there are several actors who had the courage to leave their decent and guaranteed job to enter into an industry where they know they will have to struggle a lot to make their mark.

Samir Sharma is one among them.

Yes, Samir Sharma aka Dev Khurana of Star One's Geet Hui Sabse Parayi talks to Telly Buzz's What If this week on the profession he had been and would have continued if he had not become an actor. 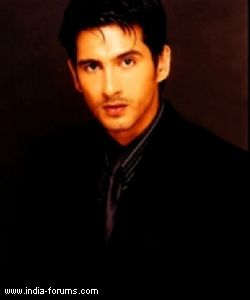 "There are very few men of genius in advertising agencies. But we need all we can find. Almost without exception they are disagreeable. Don't destroy them. They lay golden eggs"- David Ogilvy

I would have continued my work in the advertising agency, if I had not been an actor.

Before I got into acting, I was working in an ad agency called ONM in Bangalore, where I was a part of the Client Servicing department. I was handling IBM and SAP as my clients.

What I like most about Client Servicing is the phase where we meet clients and prepare and showcase a presentation for them. The interaction that happens there is really interesting.

After leaving ONM, I joined as a Project Manager in Satyam Info and while I was working in Satyam, I was doing theatre as a part time because the job was getting bored.  In my mind I knew I had to do something creative and my heart was in acting.

It's been five years since I have entered into this industry and I have no regrets till date.

As far as the reaction of my family is concerned, my mother was really supportive from the beginning and my wife as well. If it was not for my wife, I wouldn't have been here. She has always encouraged me to do what I like and it was our mutual to shift to Mumbai.

But my father felt very bad and was upset for a long time and even today. He started watching my show just recently and I hope he is happy for me today.

My friends used to say that I really had some guts because I left a guaranteed job for something that has no assurance. But today they are happy for me and they say that I did the right thing doing something creative rather than being stagnant.

Well, leaving an ad agency like ONM really take some guts, nevertheless Samir has proved himself as an actor.

+ 3
9 years ago Sameer is a great actor, love his comic timing

9 years ago i really like u samir...u r a good actor and seem to me as very nice human being...keep up the good work..

9 years ago Samir is truly a great actor and what he has done to reach where he is today is commendable. It is really tough to do what you want while your family/parents have certain expectations of you. Good luck :)

9 years ago I am glad that you left that job otherwise we wouldn't have got such a gifted actor in Geet. Love your acting even though the character you are doing is loathsome, but people have slowly started to like Dev because of you. May God bless you to climb the ladder of success.

9 years ago Wow, me like it. Do what ur heart say. Good person.
And Samir i really like your acting skill also.

+ 5
9 years ago samir, you are a wonderful actor and it is really nice to read about you having the courage and following your heart into acting!!!

how i wish every individual would get to do what they like...
i mean , i do hav the same idea like doing something very routine is like ... not HAPPENING ... ;)