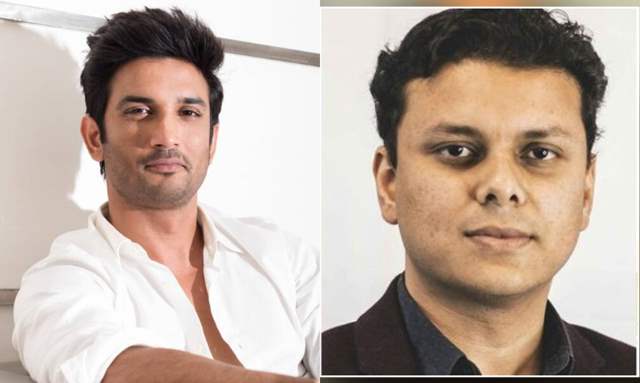 Sushant Sigh Rajput’s untimely death has taken the entire film industry by a storm and celebrities are mourning the loss of a talented actor. While some believe it was ‘Lack of Work’ which drove Sushant to adopt such a radical step; fans and netizens have raised their voices against injustice, nepotism and bullying in the industry. There has been a massive uproar about the same on social media and fans believed it was Karan Johar, Alia Bhatt and Sonam Kapoor that led Sushant’s carrer to the lack of work.

Taking to his Twitter handle on Saturday, Vishal spoke about the app and gave updates about the family’s condition after Sushant’s sad demise. “We’re still grieving. Our focus now is to take care of each other. I shared my brother’s idea of Nepometer because it enables people to make informed choices. It’s a small tribute to Sushant. It’s a not for profit voluntary effort. Please stay patient since it isn’t our 1st priority,” he wrote in a Tweet.

Vishal talked about the app and has stated that it has been developed so that it enables people to make informed choices. He further explained that the app is a small tribute to Sushant and it’s not for profit voluntary effort. He also mentioned this app is not their 1st priority. Vishal Kirti is SSR’s sister Shweta Singh Kirti’s husband who stays in California.

The app, which aims to analyse how ‘nepotistic or independent’ the crew of a film or television show. Reportedly, the first film rated on the Nepometer was the upcoming film ‘Sadak 2’ which is helmed by the director Mahesh Bhatt and also stars his daughters Alia and Pooja Bhatt and produced by his brother Mukesh Bhatt.

tabby999 1 months ago Rather than this..I want sushant family to demand a CBI enquiry for him ...many things have been tampered with .. Justice for sushant is must ...

Mohit Kumar: Surviving in Mumbai without work is tough; it's ...
21 minutes ago