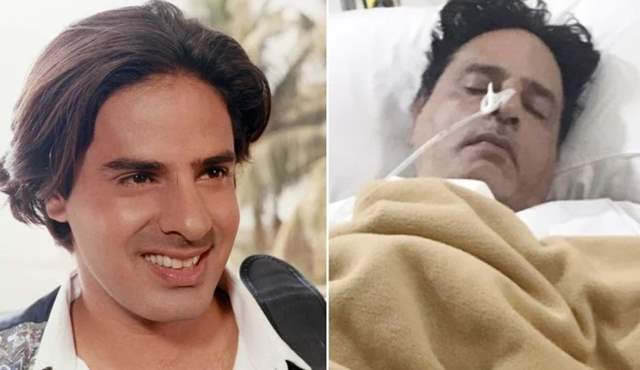 Bigg Boss 1 winner Rahul Roy has not been in the pink of his health, ever since he was shooting for his new upcoming project, LAC - Live The Battle with Bigg Boss 14's evicted contestant Nishant Malkhani where Rahul Roy suffered a brain stroke.

After it was reported, Rahul Roy is down with Aphasia - a condition where you cannot frame sentences correctly, he was admitted in Nanavati hospital in Mumbai.

Now, according to the latest update in Rahul Roy's health, the actor's right side is affected and is going to recover soon. Reportedly, the right hemisphere of Rahul's face is affected and the right arm has become a bit weak. The recovery is going at a slow pace and several sessions of physiotherapy will be required at a later stage. His brother-in-law said that the medicines are working for him but still to pray for him.

"We stay with Rahul bhaiyya and the medicines prescribed by the doctors are working for him. He should be out of this soon. But, do pray for him," Romeer Sen told ETimes.

Earlier, when the Aashiqui fame's health update came into limelight, the director quoted by Mumbai Mirror, "Being a doctor myself, I suspected aphasia, which affects speech, and immediately took him to a local hospital for a CT scan. The doctors there didn’t say anything but I referred the reports to some doctor friends and one of them suggested it might be a mini-stroke which does not get caught in a CT Scan and recommended that we fly him to Mumbai for further treatment."

For now, Rahul Roy is stable and under medical observation. We only wish for a speedy recovery for the actor.