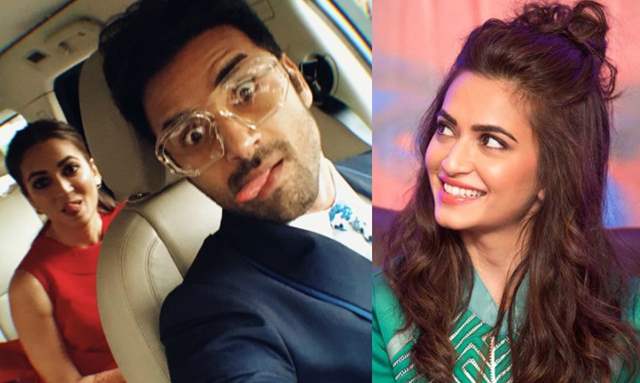 Before making her Bollywood debut in 2016 with Raaz Reboot alongside Emraan Hashmi, actress Kriti Kharbanda was known for her work in South Indian movies. In the span of three years, Kriti has delivered movies like Guest iin London alongside Kartik Aaryan and Paresh Rawal and Shaadi Mein Zaroor Aana with Rajkummar Rao. Currently, the actress has been making headlines for not one but two reasons – her upcoming movie Housefull 4 and her rumoured relationship with her Pagalpanti co-star Pulkit Samrat.

Just a month ago there were speculative reports suggesting that Pulkit and Kriti, who have previously worked with each other in  2018 romcom Veerey Ki Wedding, are head over heels in love with each other and have been in a relationship for the past few months.

As per a Mumbai Mirror source, “Kriti and Pulkit would hang out a lot together during the 58-day schedule of the film in London. They live in the same residential complex. She was charmed by his small but thoughtful gestures. Whenever they are shooting together, Pulkit always makes sure to send chocolates or flowers over to Kriti’s makeup room before she has turned up at work.”

(Also Read: Are Pulkit Samrat and Kriti Kharbanda the new love-birds in B-town?)

Recently, during a promotional spree for Housefull 4, when the 30-year-old actress was asked about her rumoured relationship with Pulkit, nor accepting or denying the speculations surrounding their ever-growing fondness for each other, Kriti told Mumbai Mirror,

It’s a good feeling people think so. I think we look great together. That’s for people to find out (whether they’re dating). I am not saying, ‘yes’ and nor am I saying ‘no’.

Well, now that the actress has shared that she wants her fans and followers to keep guessing… we should just wait and see how their relationship pans out!