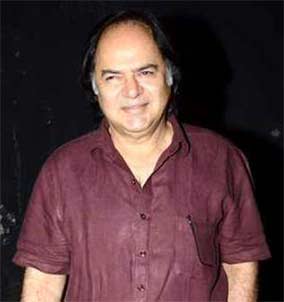 Actor Boman Irani was due to shoot with Farooq Shaikh for an upcoming film in Indore Saturday. But the news of the latter's sudden death left Boman "shocked, numbed and saddened".

Farooque was in Dubai for a family vacation when a cardiac arrest took his life late Friday night.

He was working with Boman for the film "Youngistan".

"Shot with him last month. Had the warmest conversation and were to meet here in Indore today. Was to join us from Dubai. Alvida Farooque saab (Goodbye Farooque Sheikh)," Boman tweeted Saturday.

"Shocked, numbed and saddened. Was supposed to be shooting with him today. A gentleman actor is no more," he added.

"Youngistan" features actor Jackky Bhagnani in the lead role. It was hard for the young actor also to come to terms with the tragic news of the death of Farooque, a father-figure to him.

"I am in shock to hear about Farooque sir's death...I am still in denial. Please tell me this is not true," Jackky posted on Twitter.

"Thank you for being like a father to me and teaching me so much through this film. Your teachings will always stay with me," he added.