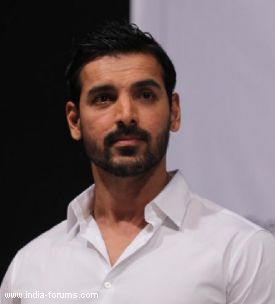 Actor-producer John Abraham, who has bought a stake in the Hockey India League team Delhi Waveriders, says he decided to become a co-owner as he wanted to be more than just a face and contribute to important team decisions.

"Being just an actor and endorsing the team would mean just sitting in the dugout or probably in the stand wearing dark glasses or dancing to an item song. That's exactly I didn't want to do. I wanted to practice and play with the team, decide the strategy and pick players," the 41-year-old said here during the promo shoot of the team.

"The WAVE group approached me and said they want me to be a part of the Hockey India League and endorse the Delhi Waveriders. We both came to a conclusion that I need to co-own the team to run it and do more than just being a face," he added.

The film will be directed by Shoojit Sircar and goes on floors in October this year.