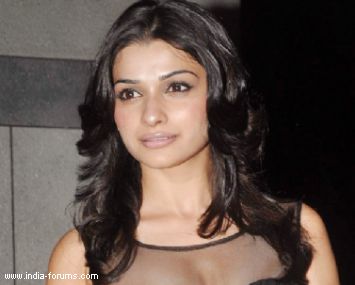 Prachi Desai, who started her career with popular television serial "Kasamh Se" and then graduated to the big screen with the movie "Rock On!!", is happy playing her age in her forthcoming films.

Prachi will be seen in "Bol Bachchan", starring Ajay Devgn and Abhishek Bachchan and "I Main Aur Main" that has John Abraham in the lead role. Both the films will release in June.

"It has been a long time that I waited to play my age on screen and be myself, play roles that are more like me. I guess 'Bol Bachchan' and 'I Me Aur Main' have given me that chance. This is the phase I am really enjoying," she told reporters at the launch of a skin care product here Tuesday.

"I am in the experimenting phase. I am really liking the work I am doing now. It was something that I was waiting for. The kind of roles I play now were the ones I was looking forward to play," the 23-year-old added.

She was last seen in 2010 hit underworld drama "Once Upon A Time In Mumbaai" as Mumtaaz and even bagged an award for the best supporting actress. Though she is not a part of the sequel to the movie, but says that the sequel will be better than the original.