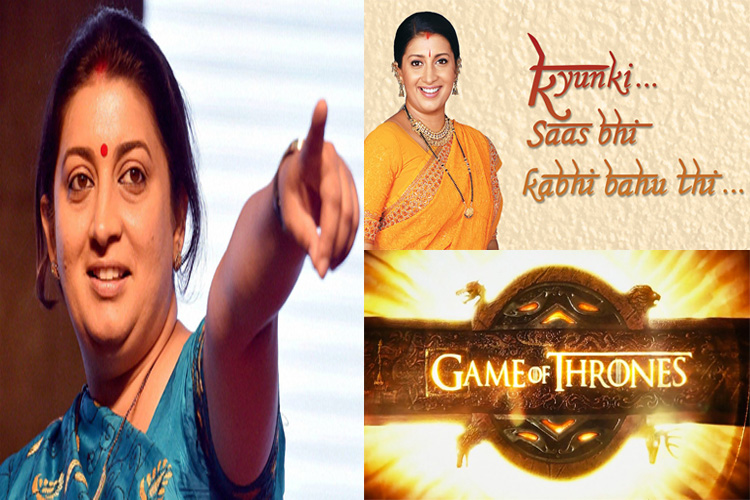 Actress Smriti Zubin Irani is still remembered for her iconic character of Tulsi in the long running cult show, Kyunki Saas Bhi Kabhi Bahu Thi.
And how can one forget about the moment when Mihir (Amar Upadhyay) came back from the dead, and that being nothing short of a celebration in the country.
However, the reason that we are talking about it right now is that Smriti just compared the epic drama, Game Of Thrones to Kyunki Saas Bhi Kabhi Bahu Thi.
Ah, yes! You read that absolutely right. The former actress posted an image where she mentioned about how people thought only Mihir could come back from the dead, but what about Jon Snow (Kit Harington), who also, quite literally came back from the dead-
We will leave this to you for a debate or a discussion!
Till then, get ready for Game Of Thrones Season 7 as the countdown says, '9 days to Go'!
0 Likes

Sanskruthi 3 years ago Even if you guys aren't joking... I had a good laugh!

Samaina12 3 years ago And all India forums does is be anti Indian..
Cheap gossip portal

IPSO_FACTO 3 years ago she needs to realise onr thing and that is GOT is supernatural fiction which Kyunki was not. if they had dragons in Kyunki no one would mind Mihir coming back. and, though i have never seen Kyunki still dont compare GOT with illogical Kyunki.