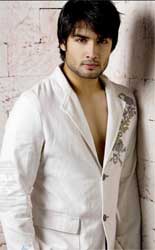 Our source states, "In fact, Vivian Dsena and his girl friend Vahbbiz Dorabjee's absence left one and all startled. While the whole cast of the show, starting from Sukirti Khandpal, Priya Wal, Vishal Gandhi, Kishwar Merchant and many others were enjoying the fun fare, one could not simply ignore the fact that Ekta had not invited Vivian and Vahbbiz".

TellyBuzz tried to dig more, and what we found was yet another shocker of a news!!

A reliable source from the industry told us, "Vivian Dsena is apparently not in the good books of Ekta, from the time the actor has got close to co-actor Vahbbiz Dorabjee. And the reason for this is that Vivian Dsena's ex-flame happens to be close to Ekta Kapoor. In addition to Ekta Kapoor, there is this close friend circle of hers, who in fact dislike the very mention of Vivian Dsena's name. And this explains why Vivian and his present girl friend Vahbbiz were not invited for the party".

We also hear that Balaji loyalists Chetan Hansraj, Hiten Tejwani and wife Gauri and many others were spotted in the event.

We tried contacting Vivian Dsena, but he remained unavailable.

We really wonder what Vivian has to say about this now!!

8 years ago Yeh Vivian Is the best. I really Like Vivian Dsena he is one of my most favourite television actors. Why the dislike towards Vivian Dsena

9 years ago Who cares what Ekta Kapoor thinks? Vivian u rock dude!! :)

KaranGrover.xo 9 years ago Don't Worry She Must Have Forgot But We Know You Can Be Bollywood's Top Actor And Will Be One Day :D xoxo

Naina150 9 years ago aayee ? is this true ? :@ i don't know why ekta didn't invite vivian but i love vivian and vahabizz acting

9 years ago love u visu

ur scenes make my day