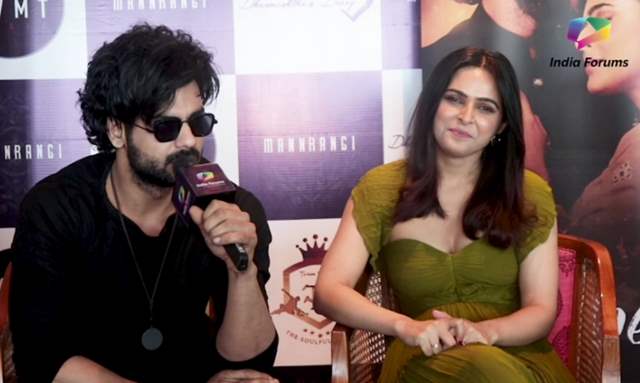 Madhurima Tuli and Vishal Singh spoke to us about the song and working together after Bigg Boss, among other things as their music video Khwabeeda is out now. The song sure has grabbed quite a lot of attention and the former couple seemed to have had a fun time shooting for the same.

On being asked what prompted them to take up the music video, both Madhurima and Vishal said how this will lead to a good ending to the year while the former adds that they always wanted to do a music video together.

Vishal adds, ''Her brother Srikant is the director for the video and he was the one who approached him but he wasn't very sure but what I liked is irrespective of what happened, I was glad that he approached me and as an artist, I respect art and people who focus on work without bringing their personal life, and that is the kind of people in our field. The main reason was that when we first heard the scratch a year and a half ago, we said we will do it, so we held onto that thread.''

About their current equation, Madhurima says, ''We are cordial, I laugh at his jokes, we try to have some fun around it, but we have decided that we won't fight anymore.'' Madhurima also added, ''The first two days during rehearsals felt like we are back to square one but eventually, we got comfortable with each other. We were being just as we used to be, we didn't let the fights or ego come in between and took things forward professionally.''

Hear more from the duo in this video right here:

Meanwhile, the video also received a shoutout from Bigg Boss 13 contestant Asim Riaz and fans have had quite the reviews about their video!

Exes Madhurima Tuli and Vishal Aditya Singh to romance each other ...