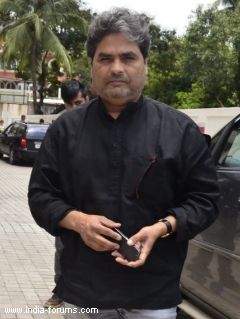 Vishal Bharadwaj as we all know is one of the finest directors of the Hindi Film Industry who has given a number of hits like 'Makdee', 'Maqbool', 'Omkara' 'Kaminey', but on the other side before starting his Direction career he was a Music Composer and now along with directing films he has been composing songs as well.

When asked a recent interview for his upcoming film 'Haider', about his journey as a Music Composer to a Director he said "I have now forgotten that at a time I was just a composer. I became a Director to keep the Music Composer inside me alive because I had stopped getting work for my music this was the only way to keep myself alive as a composer."

All of his films have had very different kind of music which have also been his USP of his films. Nonetheless, the audience tend to love his songs as much as they do for his movies.