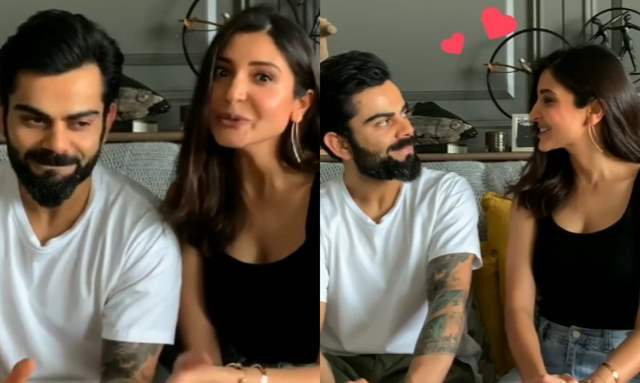 Anushka Sharma and Virat Kohli are couple goals and there is no denying that fact. However, just when we thought that these two cannot get any cuter, here they are, just being cute as they put up an interesting video segment of sorts, called 'Take a Break' with Instagram.

The video is basically both Anushka and Virat playing a question segment, where they both ask each other questions, about each other and themselves, including their professions. While Anushka thought that Virat was the ultimate winner, Virat being the adorable self, declared that it is a draw and no one is the winner (read: both of them are winners!).

The video sees them go through three rounds of questions, where the first round is about each other's professions, the second round questions about each other, while the third one is 'who is more likely to.' While seeing them play is indeed fun, their bond is what has our attention and just how they both are as adorable as they could be.

Anushka wrote on social media, '@virat.kohli and I took a break with @instagram A 3 Part quiz, lots of laughter and 2 super competitive people... we were suuuuper chill and played by the rules (or not ) Watch to find out who won!'

Check out the video right here:

Payal Ghosh To File Official Complaint Against Anurag ...
6 minutes ago