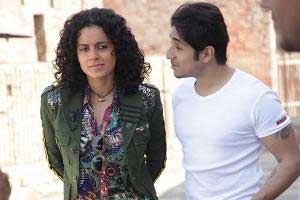 Vir Das, known for his unique class of comedy on and off the big screen, has stepped out of his comfort zone to play a dark character in "Revolver Rani".

Bollywood actress Kangana Ranaut will be seen playing the lead in the film, which is releasing April 25.

"Vir Das has done a completely different role this time. He is playing the role of Kangana's toyboy, who does some desperate things to woo her for his ulterior motive," said a source from the team.

"He has played a very different character and we are sure that people would be surprised to see him in such a role as he always does comedy," the source added.