The famous comedy show of Panjak Kapoor, Office Office is all set for its big screen debut. The show will be compiled into a three hour movie very soon and will hit the multiplexes. And the news is that Vinay Jain who was seen in Woh Rehne Wali... is part of the film. 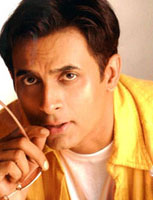 
"I'm playing the son-in-law of Pankaj Kapoor in the film. I can't reveal much about the movie as we are still to shoot the climax," says Vinay.

When asked about the shooting schedule he adds, "We have completed the shoot in Mumbai and in the next week will be heading to Delhi. I'm eagerly looking forward for the film to release."

Well not many people know that Vinay is also part of another flick 13 B starring Madhavan which is releasing tomorrow. "I'm one of the important links in the story. For more information, you need to go and watch the flick."

It was also heard that Sarabhai v/s Sarabhai would also go in Bolly style, but till date nothing has been heard about it.

Office Office has created waves on the small screen; now let's see if they are able to gets the eyeballs rolling on the big screen as well!!

13 years ago Awww i''m so glad Vinay is getting a good break at last!! Lowed him in JJKN as the delightfully sarcastic Aryan!!

13 years ago i liked him when he was in REMIX.AS SUMIT AHUJA