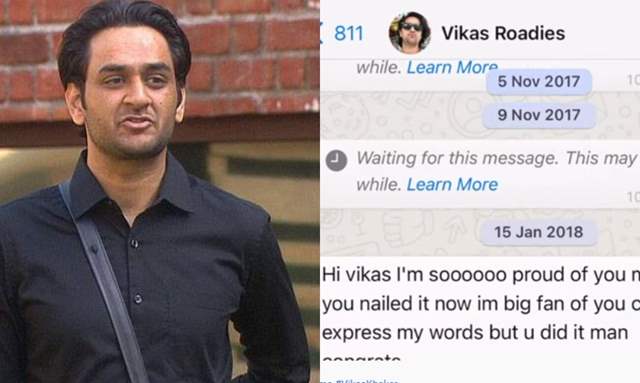 Vikas Gupta recently got evicted from the Bigg Boss 14 house as he decided to leave instead of using his joker card. While the producer had a mindset of his own, many have been proud of him for being true to the game. Despite having entered the show on multiple occasions, the actor never lifted the trophy, and many feel, that this season, he truly deserved to win.

Meanwhile, during his stay inside the house, allegations against him surfaced and though he has been silent ever since his exit from the reality show, he has now decided to speak up. He revealed about Vikas Khokhale how he has been regularly texting him and asking him to meet him and also supporting him, despite having accused him of some unpleasant things.

He also shared some Whatsapp messages and screenshots in the video to prove that the accusations are baseless. Further, he also mentioned that he will be facing court on charges of defamation. During the same, he recalled how he does not blame him completely as there have been two people who have also done this earlier, namely, Priyank Sharma and Parth Samthaan. He also sent a message to both Parth and Priyank that they must publicly apologize to him in the next 24 hours and if they fail to do so, he will be forced to prove otherwise. He said that it has been many years now, and he does not want a fourth person to accuse him.

2 months ago If someone always takes victim side, it doesn't mean he is innocent. Day by day, he is turning disgusting due to his misusing of his rights and choices...