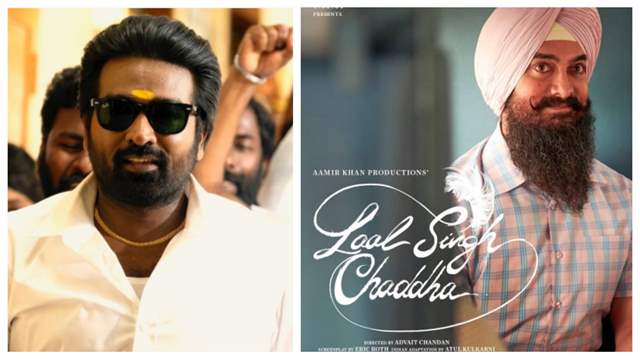 One of the biggest talking points and even a major controversy lately has been superstar Vijay Sethupathi backing out of his what was supposed to be Bollywood debut, Laal Singh Chaddha.

However, that isn't happening anymore and as we know Sethupathi is out of the film. It is however the rumors and stories surrounding his exit that has taken momentum leading to speculations. But now, once and for all, Sethupathi has come forward and decided to clarify all of them.

Talking to SpotboyE, he said, “First of all, I’ve always had the highest regard for Aamir Sir as an actor. His selection of roles has always inspired me to attempt something different every time. When I got to know him personally for Laal Singh Chaddha I was even more impressed by his humility and knowledge of cinema. Just being with him is  a learning  experience.”

He opened up on how he was offered the role saying,  “Aamir Sir personally offered me the role. He flew down to a small town in Tamil Nadu where I was shooting to narrate the script to me. For some reason, the director Advait Chandan couldn’t come. Aamir Sir came alone, narrated the script and stayed overnight in that town and left the next morning. Such a big superstar and no airs. And he is a marvellous storyteller. The way he narrated the story was mesmerizing. I immediately said yes.”

If all was fine then what happened. He answered, “Then COVID happened. It ransacked all our plans. After the lockdown, I had five Telugu projects in various stages of production to complete. I just couldn’t accommodate Laal Singh Chaddha in my schedule.”

Sethupathi doesn't have anything but gratitude for Khan as he said, "When I went to Mumbai, Aamir Sir invited me to his home. He personally gave instructions to my driver on how to reach him home and was the perfect host, not just once but twice. I can never forget his kindness and his knowledge of cinema. It would be an honour and a pleasure to work with him sometime in the near future.”

About rumors of if his weight was considered an issue, he said, “I am very comfortable with my body and my mind. Whichever project I go into, they go with me.”