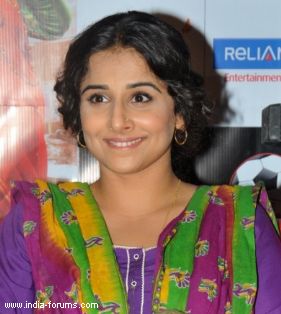 Viday Balan often gets interesting scripts from southern filmmakers but has not been able to do them due to lack of planning on the filmmakers' part. The actress, however, is hopeful that in future she will work in the vernacular languages.

The 36-year old, who carved a niche for herself in Hindi filmdom with her performances in "Parineeta", "Paa", "Ishqiya" and "Kahaani", is keen to expand her horizon as an actor.

"Some scripts I have really liked but because of time I have not been able to do them, but hopefully, sometime in future I will do an interesting film in any one of the languages.

"Tamil and Telugu filmmakers have not yet offered me exciting roles, honestly which is why I am looking forward to do Malayalam and Bengali films. I always look forward to an exciting film," she added.

Currently seen as a detective in "Bobby Jasoos", the actress is happy that women centric films are doing well at the box office.

"I always say that good films will definitely work. 'Queen', 'Kahaani' all of them have set examples."