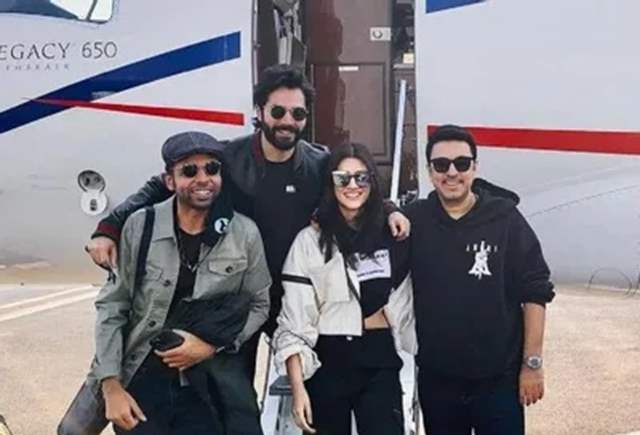 It has only been a while since it was confirmed that Varun Dhawan and Kriti Sanon are all set to star in a monster comedy called Bhediya which is going to be directed by Amar Kaushik. But already in this little time, the film has garnered a lot of buzz and interest almost right away.

The scale is huge and it indeed just got bigger where a recent report confirms it. Producer Dinesh Vijan collaborates with Kaushik for the second time after their 'monster' success Stree. Currently, Dhawan Sanon and Abhishek Banerjee are shooting in Arunachal Pradesh and they are shooting in unexplored places like Itanagar and Ziro among others.

Producer Vijan also confirmed that the film has some breathtaking visuals being captured and they have roped in an international VFX and action team. He said there is an entire team from countries like UK, USA and South Africa working with a massive unit to work on the film and create big moments.

Being a high on VFX film, the team will work on the post-production post that, to get the film ready for an April 14, 2022 release. Apart from Stree, Roohi, Bhediya, Vijan is also bank rolling Munjha, which is said to be a prequel to Stree.

1 months ago The film will still fail miserably.