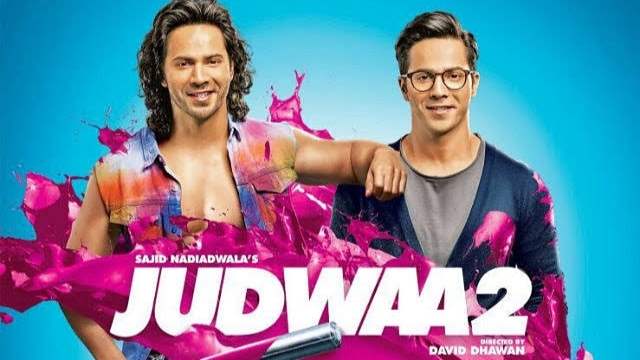 Superstar Varun Dhawan has surely become one of the most loved stars very soon.

Today Varun Dhawan is celebrating 4 years of his film Judwaa 2 and he is constantly receiving congratulatory messages on social media.

Let us tell you that the Cookie no 1 actor has shared a picture which was posted by Nadiadwala Grandson on his Instagram story.

In this picture, he talked about celebrating 4 years of Judwaa 2.

On this special occasion, Varun took to his Instagram handle to pen a heartfelt note for the team.

Varun Dhawan has written about this .. 'There are many memories of working with this team.' Along with this, he has also tagged the film's starcast Taapsee Pannu and Jacqueline Fernandez.

Fans are constantly congratulating Varun Dhawan on the same.

In the year 1997, David Dhawan directed the film 'Judwaa'. Salman Khan was seen in a double role in this film. At the same time, Karisma Kapoor and Rambha became the heroines of Salman.

Fans said that Varun Dhawan has tried very well but the film could not be made like the previous one.

A similar response was received by Varun Dhawan at the time of Coolie No. People said that Varun Dhawan has made an unsuccessful attempt to imitate Govinda.

The actor is currently helping his niece Anjini Dhawan prep-up for her big Bollywood debut.

Yes, you heard that right. Anil Dhawan recently revealed the same in an interview.

He refrained from sharing details about the projects and the filmmakers she has been in talks with.

On the work front, Varun will be seen next in 'Bhediya' with Kriti Sanon. He is also a part of ‘Jug Jugg Jeeyo' with Anil Kapoor, Kiara Advani and Neetu Kapoor.