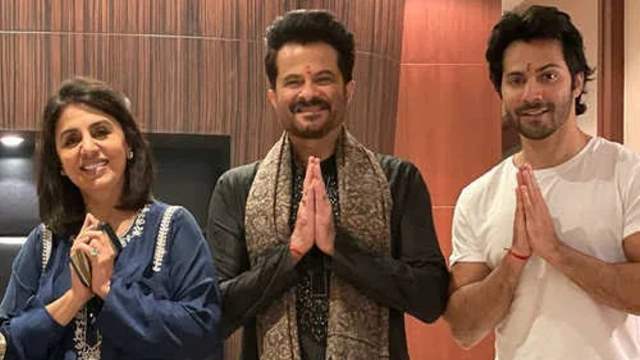 What started as a novel virus in March has now turned into a global pandemic, with the number of Coronavirus cases increasing rapidly across the globe.

In India, several celebrities fell prey to COVID-19 including Bollywood’s Bachchan family, Arjun Kapoor, Malaika Arora among others. After months of lockdown, the country has begun the unlock phase and businesses are getting back in action, including the entertainment industry. Several actors have resumed shooting, in accordance with the safety protocols.

Among the many actors who resumed working on set were Anil Kapoor, Neetu Kapoor, Varun Dhawan, Kiara Advani and Prajakta Koli, who jetted off to Chandigarh to shoot for Raj Mehta’s Jug Jugg Jeeyo.

And as reported by Filmfare, the actors have caught the virus. While Anil Kapoor has tested negative for COVID-19, Neetu Kapoor, Varun Dhawan and director Raj Mehta have tested positive for Coronavirus. Reportedly, the shooting of Jug Jugg Jeeyo has been put on hold until the actors recover from the virus.

Meanwhile, the actors are yet to confirm the same.

Speaking of Jug Jug Jeeyo, the Raj Mehta directorial is touted to be a comedy drama and more details are yet to be known.