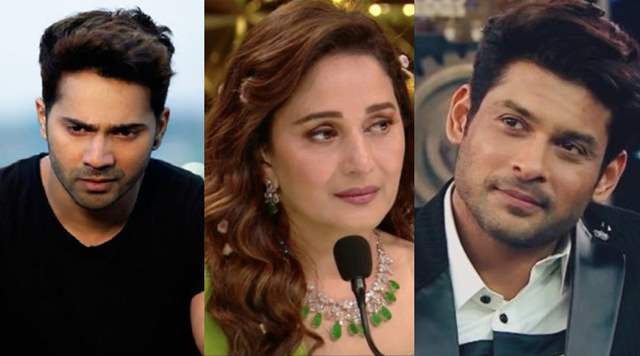 Thursday morning witnessed tragic turn of events as Big Boss 13 winner Sidharth Shukla passed away due to heart attack at the age of 40. This news is a big blow for Sidharth's fans, family and friends

The actor who had gained a fan following of millions with his noteworthy career on television and a few outings in Bollywood, has left his fans, colleagues, and family in a state of shock and disbelief.

As soon as the news was confirmed, TV actors and Bollywood celebrities started pouring in their condolences.

The late actor made his Bollywood debut in Varun Dhawan and Alia Bhatt's film 'Humpty Sharma Ki Dulhania'. Expressing his condolences, Varun shared a heartfelt message for Sidharth along with sharing two photos. His message read:

"Rip brother you're loved by so many and you touched so many with your kind heart and beautiful personality. Today heaven has gained a star and we have lost one. My deepest condolences to the family and loved ones."

Recently, for the promotion of his web series 'Broken But Beautiful 3', Sidharth visited the sets of 'Dance Deewane' and also shook a leg with Madhuri Dixit Nene. Remembering him and expressing her shock, the actress wrote:

"It's unbelievable and shocking. You will always be remembered. May your soul rest in peace. My heartfelt condolences to the family."

Actor Ritesh Deshmukh too mourned his death and wrote:

"Shocked beyond words!! Gone toooooo soon…. Condolences to his family, loved ones. - He was loved by millions. #SiddharthShukla you will be missed - rest in peace brother. Om Shanti."

"I cannot process this news that I just came across. Is this true? Please no. No…"

In another post he wrote: "It is true. But I still can’t believe he is no more. Gone too soon… my sincere prayers and condolences to his family, loved ones and his fans. may his soul rest in peace."

Many other celebrities including Manoj Bajpayee, Farah Khan, Akshay Kumar, Mukesh Chhabra, Pulkit Samrat, and several others were left shocked by the news and reacted on Twitter to Sidharth’s sudden demise.

We pray for the departed soul to rest in peace and may God give strength to his family to bear the loss.