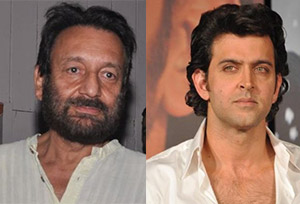 Filmmaker Shekhar Kapoor, who is making a film on water scarcity with Hrithik Roshan in the lead, feels one awareness about the issue can be spread through social networking websites.

"We all have Twitter handles and Facebook accounts, so why not use it to spread awareness about common issue like water conservation? It is a very powerful medium. If Mahatma Gandhi would have had a Facebook account, then we would have got independence very early," said the director of acclaimed films like "Masoom", "Mr. India" and "Bandit Queen".

The 66-year-old was speaking at The Water Landscape, a panel discussion with reference to water scarcity, at the ongoing 12th Osian's Cinefan Film Festival that kicked off here Friday.

The internationally acclaimed filmmaker said that the water-related discussion could be taken to another level with the help of social media.

He also feels that right kind of passion can help in brining change in the society.

"Individual passion makes a difference. If you have the passion to change something then that passion can change 10 others and the chain goes on. So go ahead and start with it," said Kapur.

Water conservation is on Kapur's priority list, and his new mega production "Paani" has its roots in the water crisis, which has escalated in last 15 years due to over-consumption and misuse.

"When I told people that I am making a film on water, they told me, 'Who is going to watch a film like that?' But then I went ahead with it. The problem of water is always seen as a rural problem, but actually it is a urban issue.

"My film 'Paani' is about a thirsty family. I have kept certain things in mind - like who does the ground water belong to? What will happen when in future water becomes privatised?" he said.

Water scarcity is the worst thing, said Kapur and added that "one can live without electricity and food" for few days, "but not without water".