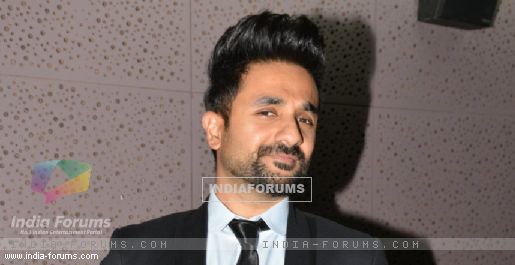 Actor-comedian Vir Das got "upset" when his standup comedy show here was disrupted by police after an unknown person filed a complaint against him as he attempted to spoof former president of India, APJ Abdul Kalam. He has reacted to the incident via an open letter.

Vir was performing his new sketch called "UnbelievabLISH" as part of his Unbelievable Tour at the Siri Fort Auditorium on April 25, when he was interrupted midway by a man who asked him to stop talking about Kalam.

The 35-year-old's open letter, posted on Sunday on his official Facebook page, reads:

"Last Night, while I was on stage at the ?#?UnbelievableTour? The Police showed up and what happened was upsetting and wrong.

"My new show UnbelievabLISH is a show about truth & outrageous fiction. In one bit, I tell a story about how I performed for the man I consider to be India's coolest president ever Dr. Abdul Kalam. My tribute, goes into an outrageous sketch about how Kalam hosts MTV cribs, has swag & defends himself against a fictitious lesbian assault.

"We are now at interval in Siri Fort, and an intellectual gentleman has walked into my green room and said 'Excuse me.you CANNOT talk about Kalam'... Second half of my show begins and somewhere 20 mins into it, policemen have begun showing up to Siri Fort.

"I am on stage and I can see policemen backstage, in the control room, and with my crew. My crew is being questioned by Police as the show is going on, they are all taken away from their event duties."

Vir added the police informed him that his comedy footage would be examined and the complaint would have to be addressed.

Though Vir was asked by his crew to leave the venue, he refused to do so.

"I've done nothing wrong, let me talk to the police, it will be fine. Eventually the cops leave saying that the complaint will have to be addressed, they will be reviewing my comedy footage, and I'm preparing myself for that process," he wrote.

In another post, Vir thanked his fans for their support and wrote: "I've got 14 cities to go, I'm aware of what my tickets cost, how many other options the audience have, what they gave up over the weekend or coming weekends to come see this show. And I always always always want to make sure they feel like this was the right choice."