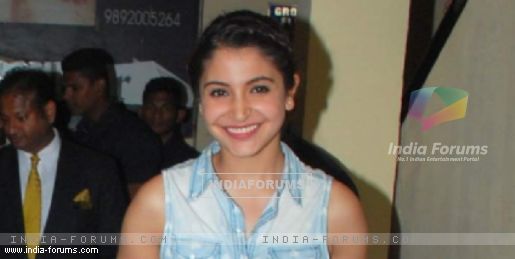 Actress Anushka Sharma's health has forced her to skip the promotion of the forthcoming Zoya Akhtar's directorial "Dil Dhadakne Do" at the Indian Premier League (IPL) final here on Sunday.

"Anushka Sharma has taken ill suddenly after completing her film promotions on Saturday (in Mumbai) and has been advised by the doctor to rest completely for a day or two as she is exhausted and is showing signs of effects of heat, so that she can resume the promotional activities soon," read a statement.

"She regrets she will not be able to travel to Kolkata as planned due to this," the statement said.

The Mehras, the dysfunctional Punjabi family in "Dil Dhadakne Do", are currently on a multi-city tour, which started on Sunday, to promote the comedy-drama.

The family will also be visiting cities like Indore, Jaipur, Chandigarh, Delhi, Ahmedabad and Bangalore.